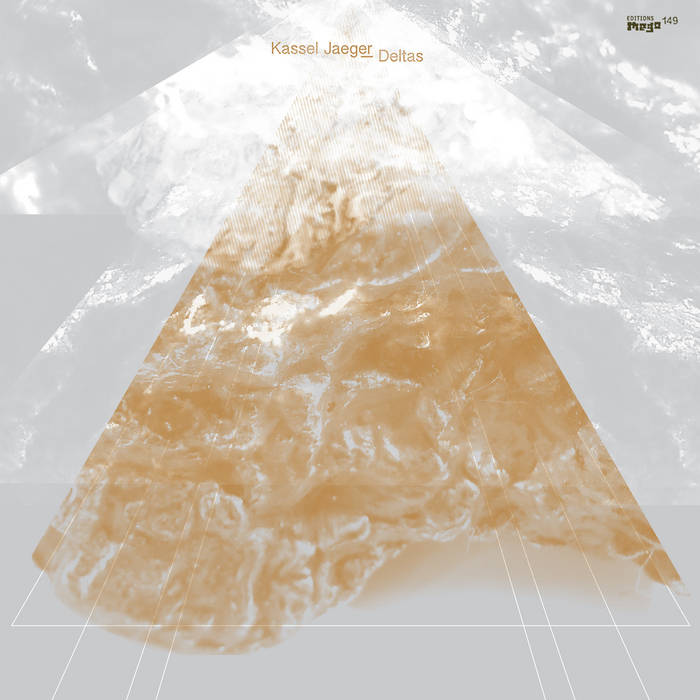 Kassel Jaeger is a swiss-french artist based in Paris, France.
He’s a member of the GRM (Groupe de Recherches Musicales).
‘Deltas’ is his fifth album, and first on vinyl

Campo Del Cielo (2012)
Commissioned by Espace Mendes France for a performance at The Planetarium in Poitiers, France, diffused on a 8 channel system.
The sound material is exclusively derived and processed from stones recordings. The first part, Aerolite (flying stone) is mainly based on « aerial » field recording of stone manipulations. The second part, Baetylus (sacred stone) is made with electromagnetic capture of meteorite resonances. This meteorite was part of the Campo Del Cielo site.

Deltas (2012)
“Whenever the volume of water is so great as to counteract and almost neutralize the force of tides and currents, and in all cases where the latter agents have not sufficient power to remove to a distance the whole of the sediment periodically brought down by rivers, deltas are produced.”

Mastered with Robert Hampson at 116 Bunker, Paris, May 2012
Cut by Rashad Becker at Dubplates and Mastering, Berlin, July 2012
Layout by Stephen O\'Malley

Bandcamp Daily  your guide to the world of Bandcamp

New sounds from Mavi, Ivy Sole & Moderator, plus AJ, the One joins the show, for her latest release